Let's get you a table

You can find us online at Resdiary or use the widget below to send us your online booking.

Ron Cooper, the founder of Del Maguey, is known as the undisputed godfather of mezcal. He has been locating, bottling and distributing artisanal mezcals from tiny, single village distilleries around Oaxaca and Mexico since 1995. We are lucky enough to be stocking several different varieties on our back bar. 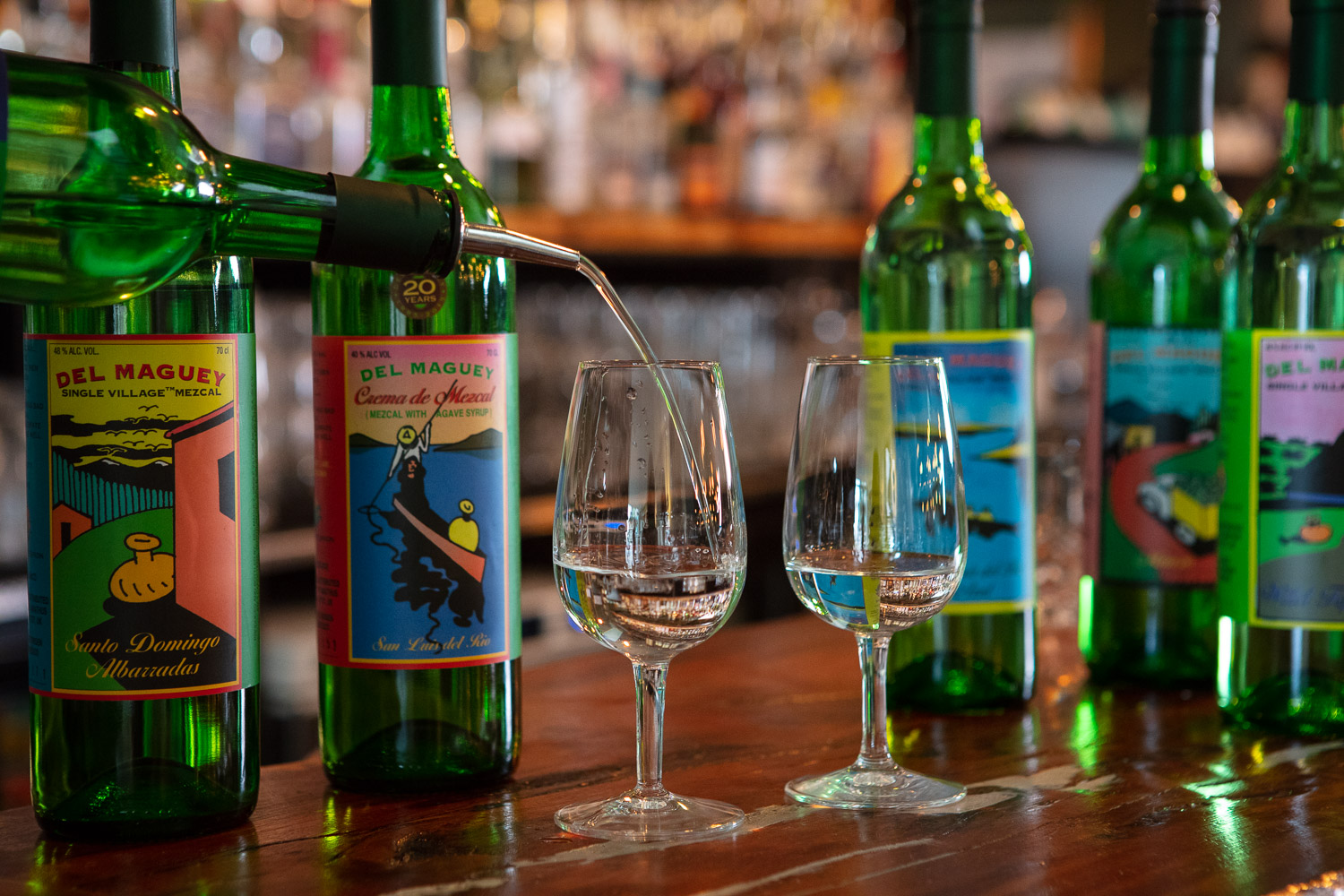 A native of California, Ron travelled down the Pan-American Highway to Panama in the 70s, with his surfboards in tow. This is where he was ‘found’ by mezcal. He spent the early 90s bringing mezcal back to California in plastic containers and gas cans. After being caught by border guards, he vowed no one would ever stop him bringing mezcal back to the US again. Del Maguey was born.

Unlike Tequila, that can only be produced from one agave plant (Weber blue agave) in one particular region (Tequila). Mezcal can be made from up to 30 different varieties of agave from across Mexico. Mezcal also has a more traditional, ritualistic process that leads to the final product having a smoky aroma and flavour profile.

Some of the wild agaves can be very rare and are truly limited – production and terroir –driven. The wild tobala agave, for instance, only grows in the highest – altitude environments in the shade of oak trees, much like the truffle.

Come join us, to taste some of these expressions at the bar. Remember. Sip it. Don’t Shoot It!

Born and raised in the Southend-on-Sea area, Henry studied Hospitality at Leeds Met University and has amassed over 20 years experience working in bars and restaurants. He is a gooner and loves to travel and see hospitality businesses in action, usually while sipping mezcal and eating food. View all posts by Henry Burgess